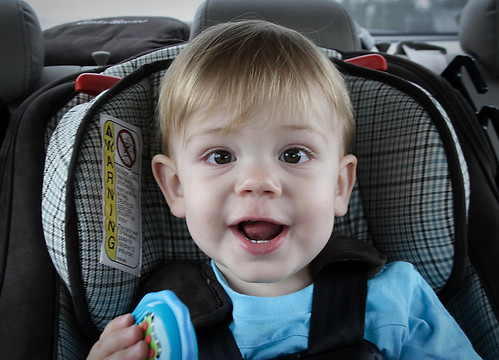 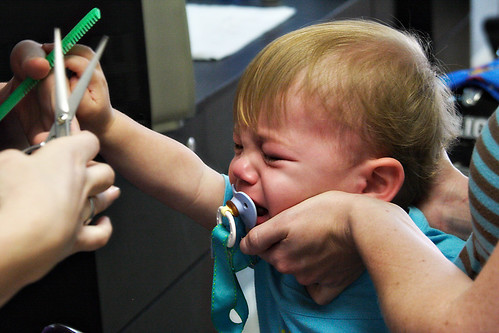 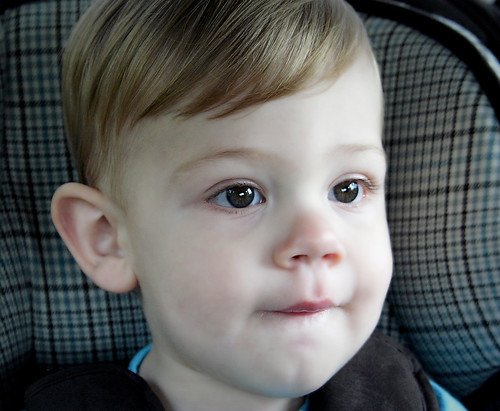 A couple of weeks ago, we took Nolan for his first haircut.  As you could imagine from the photos, it lasted all but of maybe five minutes.  The first and last photos are a before and after shot from the backseat of the car.  Things are going well on the family front, and Dusti is now 31 weeks in on baby Brister #2.  We still haven’t decided on a name, although several friends have proudly nominated their names in honorary fashion.

Tomorrow is a big day for me.  It’s my first attempt to complete a triathlon.  I’m generally in decent shape, but I have not trained regularly at all for this race, so I’m really nervous about how my body will perform.  The race starts Saturday morning at 8:00AM, and I am in the third wave to hit the water (@ 8:15am).  Plans are to leave Cape Coral at 2:00AM and drive four hours to Orlando and arrive just in time for registration, body marking, and walking through transitions.  I believe there will be a live-streaming of the race available here starting at 7:30AM.  And while I’m tempted to live-tweet the race, I think I will pass because I will be in survival mode most of the time. 🙂

Last but not least, I’ve got a favor to ask of you.  SBC Voices (actually Tony Kummer) is putting on the SBC Blog Madness where you vote for your favorite SBC blogs.  I’m in the “Eastern Division” and have to compete against the world-renowned iMonk.  So if you would be so kind as to go over there and vote for me, I’d really appreciate it!  Have a great weekend, everyone, and I’ll try to post some pics of the race soon.